My Biggest Pet Peeve- No Links!

Even though I've mentioned this in several blogs, (and it seems like common sense to me), you would be SHOCKED by how many people don't include the link to registration when promoting their events! 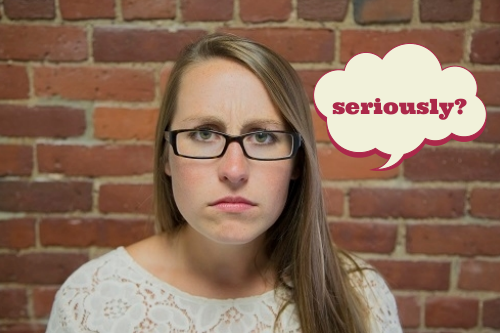 I see it in social media posts, emails, forums, you name it.  And every time, I just shake my head and think- "but you haven't provided the most CRITICAL piece of information!!!"

Well now I know I'm not the crazy one.

I was reading a very interesting blog from Help Scout on 10 Ways to Convert More Customers Using Psychology that sites rigorously tested research on consumer behavior.  They describe creating a sense of urgency to get people to do something but how it can backfire if you don't do it right.

"The research is a classic study by Howard Leventhal where he analyzed the effects of handing out tetanus brochures to subjects.

Leventhal conducted the study by handing out two different pamphlets, both sparing no detail on the horrid effects that the tetanus disease can have on the body. The first pamphlet described only the effects of tetanus, while the second included information on where to get vaccinated.

The results- those who had the second pamphlet (with the sparse follow-up info) were much more likely to take-action; the rate that followed through with vaccination was superior to the first group by nearly 25%.  Invoking urgency only had a noticable effect when follow-up instructions were given."

See I'm not the only one!

So next time you're sending out your "only two days left to register" message make sure to include the links back to the registration page or you might as well not send it at all.