Americans Not Into Driving Anymore? 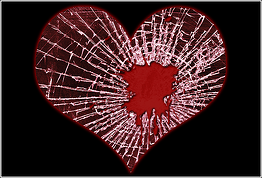 Last week we read an interesting article from the Associated Press that suggests that according to the latest stats from the Federal Highway Administration, American's love affair with cars is over.

Can this really be true?  Here are the stats:

So what exactly is going on here? Here's what the researchers say.

Duh, It's the Economy

With the slow down in the economy beginning in 2008, people just can't afford to buy or maintain their cars.  According to the AP, driving declines exactly mirror job losses among men during the recession when male-dominated industries like manufacturing and construction were especially hit hard.

For teens and young adults, buying and owning a car is outside of their reach.  It's much harder than it used to be for younger workers to find jobs and the cost of higher education is soaring.  Not to mention the cost of insurance, maintenance, parking and especially gas, have all increased over the past decade.

There has been a fundamental shift in the way we view the automobile.  Commuters stuck in traffic, the headaches related to owning a car in central cities and the difficulty of parking, lead people to no longer associate the car with fun.  Further, because cars have morphed into computers on wheels and you can't just open the hood and get to know it, young men don't care what kind of car they drive.

The Internet is to Blame

People are doing more and more of their shopping online, eliminating some of the need to drive.  And social networking may also be substituting for some trips.  According to a study by the University of Michigan, "the decline in teens and young adults with driver's licenses in the US was mirrored in other wealthy countries with a high proportion of Internet users."

It's the Baby Boomers

The peak driving years for most people are between ages 45 and 55 when they are at the height of their careers and have more money.  Now that the last of the baby boomers are moving out of their peak driving years, the statistics are consequently declining.

It's unlikely that the reason for the decline in the collective miles people drive is one simple answer.  The real question is, how does this affect the driving events we put on?  If Americans really have lost their love affair with the car, will they want to attend high performance drivers schools, club races, autocrosses, rallies and so forth?  Or does our hobby necessitate a real passion for the sport regardless of the general public's behavior and these stats don't really matter?

What do you think?  Are you concerned?  Share your comments with us.